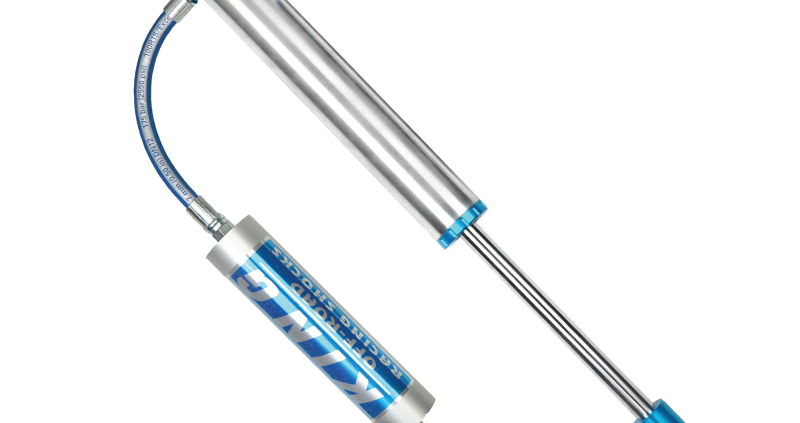 King 2.5 Remote Reservoir Smoothie Shocks from AccuTune Off-Road come pre-tuned for your ride, your terrain, and your driving style. Some other dealers claim to sell “custom tuned King shocks” but they’re really selling standard valving no matter which box you click or what you tell them it’s going on. In addition most King shocks come with a single flutter disk that can’t be fully tuned. As a result we custom tune every King 2.5 Remote Reservoir Smoothie Shock shock by hand using AccuTune Equations, and AccuTune Double Flutter Stacks to give you the best performance possible. Call us to learn more about what we can do for you. 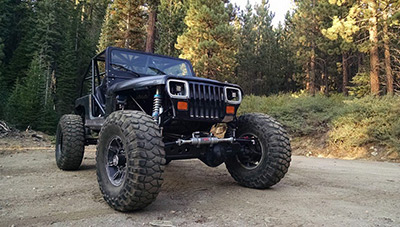 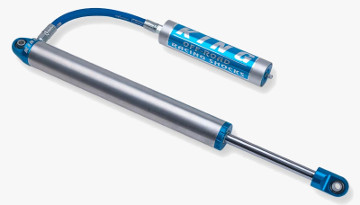 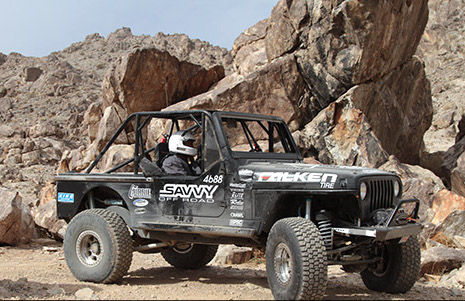 King 2.5 Performance Series Smoothie Shocks use industry standard parts to make a durable, yet affordable shock. Inside King shocks use industry standard oil, buna seals, and a high flow aluminum piston. Outside King 2.5 Smoothie Shocks come with a nice blue anodizing and cad plating which is tougher and more corrosion resistant than zinc plating. King piston rods are made from 1045-1060 steel and are hard chrome plated for durablity and rust resistance. King 2.5 Remote Reservoir Smoothie Shocks provide the performance and durability needed for off-road performance.

King Shocks was born in 1996 due to the need for tougher off-road racing shocks. The original designs drawn by Lance King back in the early 80’s were created to fill the needs of the top level racers of the day. Before King, nothing existed that could stand up to the punishment dished out by racers like Bill Stroppe, Parnelli Jones and Walker Evans. King has continued this tradition of hard core racing shocks into the present, and many of there original designs are still sold today. When performance matters turn to AccuTune Off-Road for your King 2.5 Remote Reservoir Smoothie Shocks.