You are here: Home / AccuTune Equations 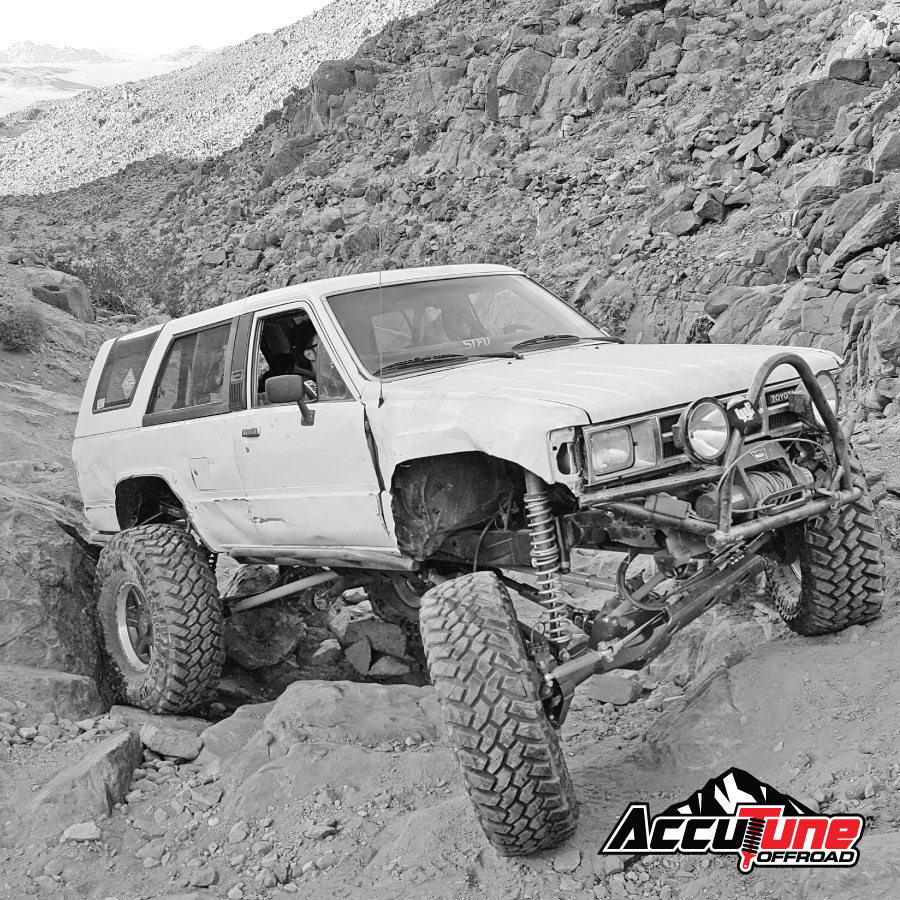 Most universal fit shocks are sold with factory valving or semi-tuned valving. For example most Fox Off-Road shocks are sold with some generic valving that has very little compression damping and a lot of rebound damping, the result is a rough and uncontrollable ride. Most King Off-Road shocks are sold with semi-tuned valving which depends on how long the shocks are. Longer King shocks have old school flutter stacks with “solid axle valving” and shorter King shocks have “IFS” valving. The result is slightly better performance than if there was no tuning, but not by much. While many companies claim to sell proprietary valving, or to be tuning shocks for Mud or Rocks, 99% of these shocks have standard valving in them. If the salesman doesn’t ask for weights, motion ratios, and terrain, it’s unlikely you’ll receive custom valving.

There are three main reasons OE fit truck shocks don’t perform up to their potential: old valving specs, broad vehicle fitment, advancements in vehicle chassis. Many shocks are sold today that were developed 15+ years ago using outdated techniques that leave lots of opportunity to increase comfort and control.  To compound the issue, the same valving spec is used on everything from single cab v6 models to four door diesel models. Finally, there have been significant advancements in vehicle frame stiffness which sounds obscure, but actually creates a lot of opportunity for better ride quality. While high quality off-road shocks will improve the ride of your truck, there is still plenty of room for improvement. 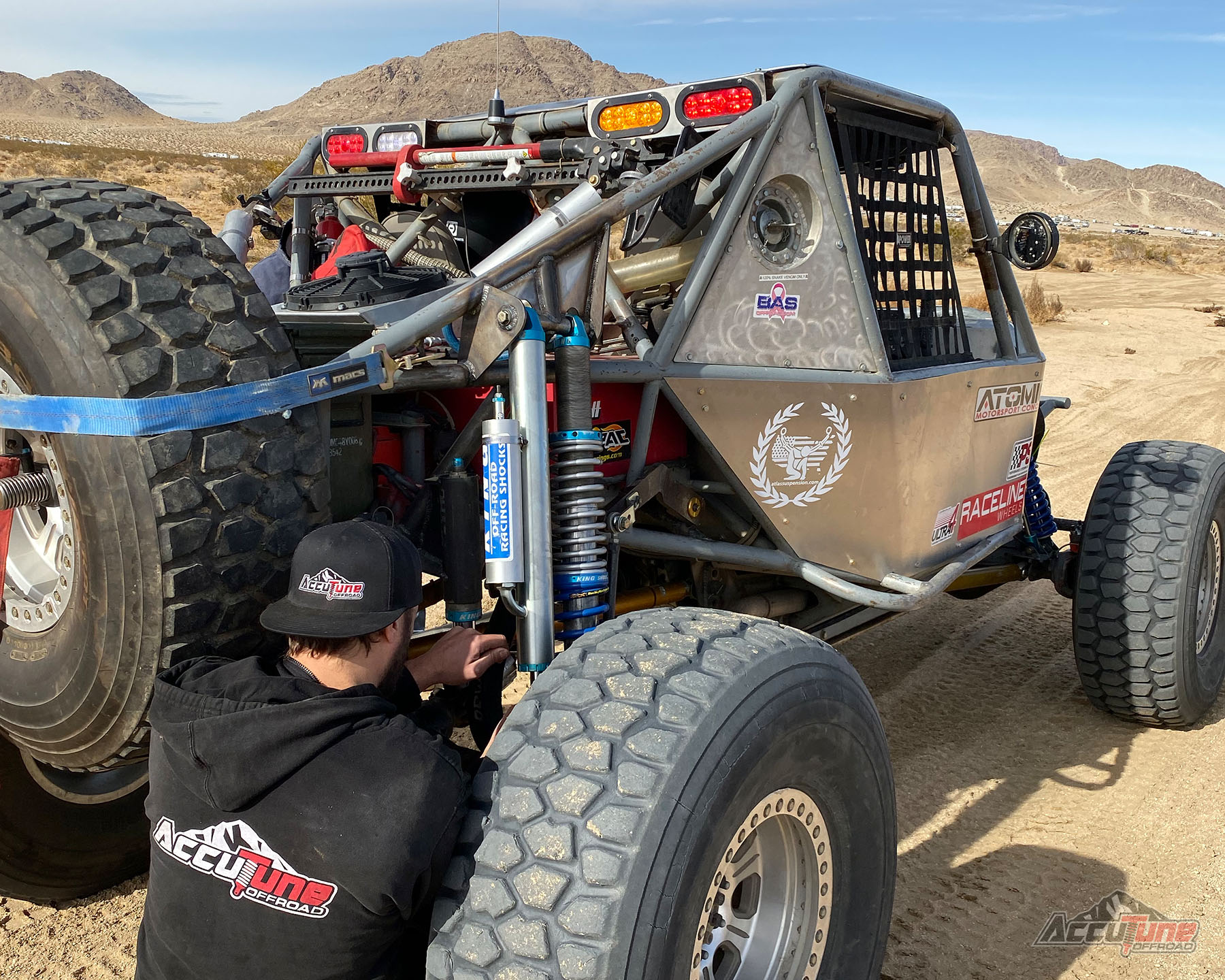 The creation of the first AccuTune Equations required 3+ years of testing and tuning using state of the art equipment, 10 years of prior experience, and a variety of off-road vehicles.  The initial goal was simply to develop equations which could be used to accurately apply current age (single flutter disk) valving techniques to pre-tune off-road shocks. But the more we tested the more we learned how to make better trade-offs between comfort and control. In the process we perfected new tuning techniques, and developed AccuTune Double Flutter Stacks, which deliver superior ride quality and superior control to those used by others. We are now on the third generation of AccuTune Equations and continue to improve them in order to deliver the ride quality our customers deserve.

Off-Road enthusiasts no longer have to suffer with stock valving, semi-tuned shocks, or old valving techniques designed for a completely different vehicle. We will use your vehicles weight, motion ratio, up travel and total travel to begin the calculations. Then we’ll consult with you about the terrain you’ll be driving on and your personal preferences to set performance targets. Finally we’ll use AccuTune Equations to determine the ideal valving.